of heater/sensor systems is often a challenge. Enter Minco’s CT425 controller.  The CT425 consists of epoxy-sealed electronics in a non-conductive plastic casing, with a pair of terminal blocks, a USB-B port, a pair of status LEDs, as well as two relays and a logic output. During normal operation, the unit is powered through one of the terminal blocks, though during configuration you can power the board through the USB connection.

Designing single heating-zone systems can be difficult without thermal modeling or iterative prototyping. Creating a multi-heater system is even more complicated. Different parts of the assembly will likely require levels of heat at different times based on the thermal properties of the system. An example could be a control unit with one heater de-fogging a liquid crystal display while another keeps the battery at optimal operating temperatures. With its multiple inputs and outputs, the CT425 works perfectly in this multi-heater or multi-zone heater scenario. While Minco’s Thermal Solutions engineers can readily build a profiled heater able to deliver tailored heat to every part of an assembly, we’d also like to help our customers further their design efforts with the help of our CT425 controller.

The CT425 lets you test out and observe either one or two heater/sensor combos simultaneously, allowing you to try multiple algorithms for maintaining temperature.

To help with this, the unit has two different types of relays. The solid-state relay (SSR) switches on and off extremely fast, allowing a very fine level of control over the temperature emitted. By contrast, the controller’s electromechanical relay turns on and off at a much slower rate. In addition to the relays, there is a Logic Voltage Output (LVO), a data signal that can be used to trigger an external relay, an alarm, and so forth. For instance, a separate alarm could be set up to flash a light or sound a buzzer when the temperature exceeds the setpoint.

While the CT425 controls voltage to the heaters, it also listens to its sensors. The controller works with Minco-standard 100-ohm and 1000-ohm platinum RTDs, scanning as much as 25 times a second to provide the most accurate reading. While the CT425 makes an excellent prototyping platform, customers often rely on the controller for day-to-day industrial applications thanks to its reliability and convenience.

On/Off vs. Proportional vs. PID the ability to prototype using three main control techniques: PID, On/Off, and Proportional. You can see how various techniques work in the figure to the right.

When an On/Off system is used, the current flows at full strength until sensors confirm the setpoint has been reached, then turns off until the temperature falls below the setpoint again. Even though the element is technically turned off, it still retains residual heat for a few seconds afterwards, bringing the overall temperature even higher over the setpoint before it starts dropping again.

PID (Proportional-Integral-Derivative) control feedback continually calculates the difference between the intended set point and the current temperature, while also factoring in historical data of that process to help the controller anticipate future temperature needs, reducing errors and overheating to a bare minimum. As the sensed temperature approaches the setpoint, the duty cycle of the heater reduces to permit a smaller amount of power and lower the temperature emitted. When the sensor detects that the temperature is dropping, even though the temperature is above the set point, it will start powering the heater again with a very low duty cycle – say 3%. That means for every second, the heater is on 3% of the time, generating a very low amount of heat – just enough to smooth out the peaks and valleys. Heaters used in PID control do not typically reach high temperatures so they are more efficient in power usage and last longer.

What is particularly tantalizing about PID systems is that the algorithm controlling the heater can be tweaked by the user depending on the needs of the application. Minco’s simple Windows-based program allows users to change the PID values very easily. That said, we’ve pre-loaded several PID algorithms on the CT425 and they seem to work fine for most people. The CT425’s 32-bit processor keeps two PID loops operating at individually configurable loop rates.

Setting up the CT425 is about as complicated as charging your phone. It’s as simple as plugging the device into a laptop via a USB cable and then clicking on a few boxes in the configuration software. Even before it has been installed, you can test out a variety of settings in real time, with sensor and heater data displayed on your computer’s screen. A person with virtually no experience can set up a multi-zone heater using one or more CT425s along with a number of sensors and heating elements.

There are many more features in this fascinating controller. For instance, datalogging– the CT425 stores its data values in its active memory; you can download the data with the click of a mouse once the controller has been re-attached to a computer. Another useful feature allows the control of the CT425 via MODBUS serial communications protocol.

The CT425 has the virtue of being extremely simple to set up and use, while being tough enough to withstand the conditions of practically any facility. And if you’re looking for a board-mounted solution, our CT435 packs similar functionality but in a PCB mount format.

Learn more about the CT425 and our other control solutions on Minco.com or download the CT425 User Guide today. 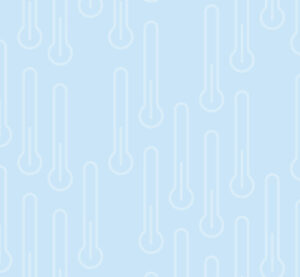 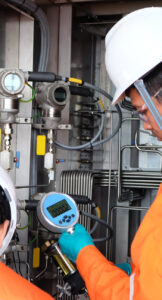 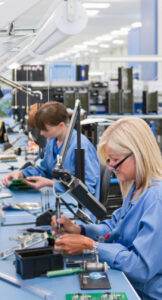 “Not Just Working in a Vacuum”: How Minco Makes Training a Team Effort