flight is critical. Traditionally, heat for this has been scavenged from the plane’s engines and distributed with pneumatic conduit, but the push for lighter aircraft to improve fuel efficiency has raised interest in electrically generated heat as a lighter-weight alternative. But electrothermal ice protection is a challenging application. Planes fly where moisture abounds and ambient temperatures are low. The speed of air over the wing sucks away heat, adding to the challenge. In flight, power is at a premium and must be conserved wherever possible. And the consequences of ice build-up can be disastrous.

One of the challenges of developing an ice protection solution is that testing cannot be safely done on real planes in flight. Minco has been working on a new approach to electric de-icing based on high power density to overcome the application’s many challenges and has been testing that solution to address its complexities. Ideally when de-icing, embedded heaters loosen ice from the wing’s skin allowing aerodynamic forces peel the ice away in sheets. If too little heat is applied, ice remains in place. If too much heat is applied at the wing edge, instead of peeling in sheets, the ice turns to liquid, flows backward on the wing surface and refreezes in a process called runback. For this reason, precise control of all aspects of the process is critical.

Minco’s approach to development and testing begins with extensive FEA (finite element analysis) followed by wind tunnel testing at 1/5th scale. The system being tested is based on Minco’s Thermofoil™ heater. The demonstration system consists of ten individual heater elements embedded in a simulated wing. Each element is controlled by two temperature sensors, one on the element itself and one on the wing surface. The Minco design called for high heat density and methodical control to maintain uniform melt temperatures across the surface. Other challenges included using materials that could withstand the high temperatures being generated and reduction of interference in heat transfer by materials between the heater and the skin.

The configuration of the heating elements was carefully adjusted to accommodate added thermal mass from internal structure of the wing and keep heating uniform across the surface. After FEA simulation, the resulting design was tested in the wind tunnel under eleven de-icing conditions and a range of flight conditions. Elements cycled through heating and non-heating conditions to maximize de-icing while minimizing total power usage. The goal of this timing was to achieve uniform shedding of ice as it accumulated while minimizing runback due to melting and refreezing of the ice further back on the simulated wing surface.

Download the full technical paper “Capitalizing on the Increased Flexibility the Comes from High Power Density Electrothermal Deicing” or, receive a hard copy at no cost by completing the Contact Us form and include the word “De-icing” in the Comments box. 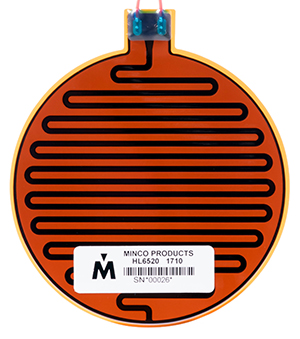 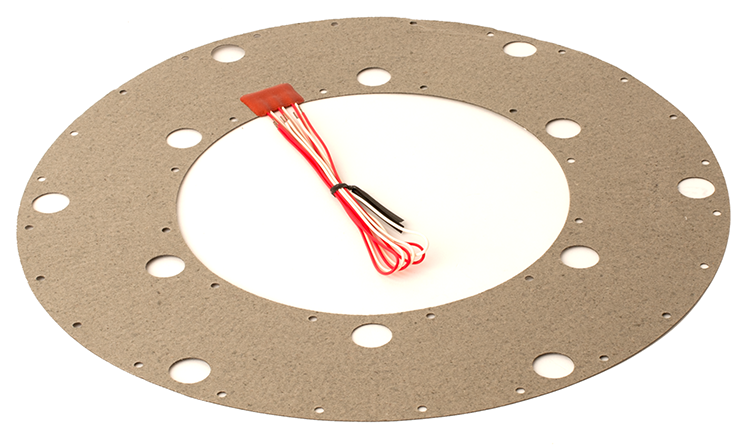