quality improvement, not only in terms of processes and materials, but also when it comes to the tools we use. We’re constantly building new machines, modifying existing ones, and upgrading our technology to keep abreast of industry standards. Currently undergoing a multi-week qualification is our new Schmoll PicoFlex laser, a fast, powerful, and highly controllable cutting tool that offers Minco an increased ability to make very precise and consistent cuts.

The PicoFlex consists of a large enclosure with two work surfaces which move on linear motors to interact with the cutting beam. The Trumpf laser diode is kept in a separately-cooled tower while another chiller keeps the electronics bay, linear motors, and galvanometers at their optimal operating temperature. After the pulses are generated, they’re piped through a fiber-optic cable to the laser’s optics in the main enclosure, which then splits the beam to focus on both beds simultaneously, allowing us to process two panels at once.

Just a few years ago, picosecond lasers were only used in laboratory applications, but Minco adopted this technology as soon as it was proven to be stable and reliable in industrial applications. One of the most important features of the new laser is its ability to cut and drill materials without the charring one would expect with traditional UV lasers. We can reduce the laser’s pulse frequency to effectively “cool down” the cut, resulting in a significant reduction in charring and melting of the substrate, much reduced delamination, and no foil wrinkling. By cutting and then allowing the material to cool for a fraction of a second, we’re able to achieve dramatic results without all the heat–the short interaction time of the pulse ablates the material but isn’t enough to cause charring damage.  You can see from the image on the right that our new laser offers a night-and-day difference over the old tools.

Another benefit of the PicoFlex’s cutting capabilities is an improved process for trimming the ends of ZIF (Zero Insertion Force) connectors, facilitating their inclusion in flex projects without the worry of carbon traces being left behind and causing shorts.

The PicoFlex boasts superior drilling capability, both in terms of speed and precision. On their website, Schmoll claims the PicoFlex can drill 4,000 micro-vias in a single second. While that speed is exciting, we’re more interested in the machine’s ability to drill cleanly.

During confirmation, we were able to readily drill 66-micron blind vias with excellent cleanliness and no delamination. The PicoFlex is particularly good at making clean holes, with the beam pulverizing the material while a vacuum intake pulls the ablated material away. Even better, the resulting cuts are free of a lot of the charring and discoloration that often goes along with laser-cut components. The increased ability to drill clean vias also improves our ability to make blind and buried vias in rigid material. Our ability to make precise and char-free cuts has provided additional capabilities. For instance, the PicoFlex allows us to skive (reduce a layer’s thickness) extremely well.

When skiving the coverlay off a flex circuit’s solder pad the PicoFlex left a bright metallic surface as compared to the heat-affected dull pads created by older machines.Where some foil pads became permanently warped by older laser’s heat, the PicoFlex left the pads clean and unwarped. We were even able to eliminate virtually all minor heat-affected zones simply by reducing the laser frequency and extending processing time.

In the figure below you can see the difference between a solder pad skived by one of our UV lasers and one skived by the PicoFlex – the former is marred with charring and discoloration, the latter is immaculate.

Before the laser is ready to enter Minco’s production workflow, it has to be qualified by our Engineering department. This involves checking each procedure, setting, and program to ensure that it will operate as expected.

The qualification is going well with the goal for the machine to be running production in September. We’re tweaking our procedures to accommodate the new machine’s capabilities. For instance, we’ve been developing our own skive patterns to take advantage of the PicoFlex’s increased capabilities over our current machines. In addition, we have modified the machine itself. At Minco we are accustomed to customizing the tools we purchase. Our Automation Engineering department regularly modifies our equipment and even builds all-new tools for use in our factory. In the case of the PicoFlex, we made a notable area of improvement involving the vacuum tables that hold down the material. They look like metal plates with hundreds of holes milled in them. Schmoll’s factory hole pattern didn’t work for us, so we redesigned the plates to conform to Minco production specs – and the new design offered improved ergonomics as well.

Minco’s continuing commitment to staying abreast of technological advancements benefits our customers – in the case of the new Schmoll PicoFlex, it helps us cut faster, more consistently, and cleaner than we ever have before. Contact us to learn how we can use this new tool to help with your next project. 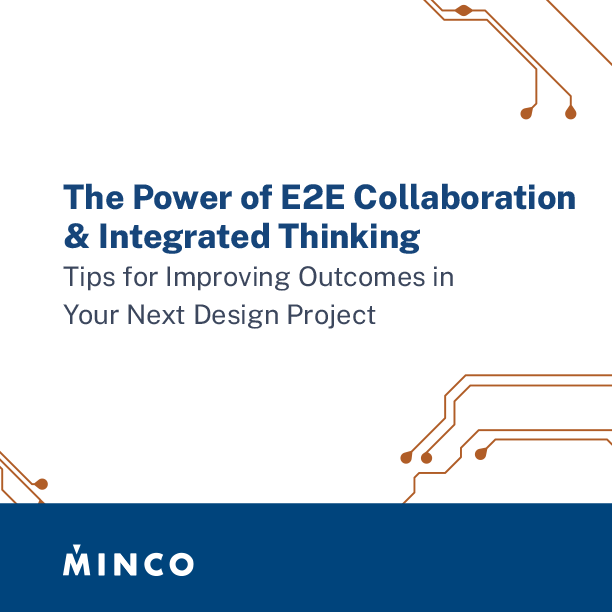 The Power of Collaboration & Integrated Thinking 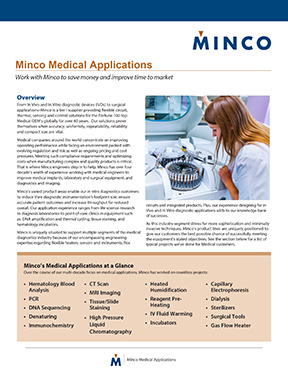